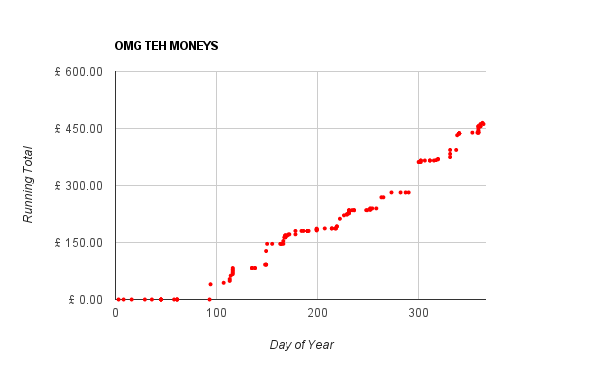 No, you read that right. 2014, as I’m running just a bit behind schedule because reasons. Normal service will be resumed blah blah something something.

You know, I was right on track to drop that there 2014 figure to below 2013’s number. I was. Honest. But I went and bought a Vita and a memory card which between them cost almost £120. Insert rant about expensive Vita memory cards here. And then I had to buy a few Vita games too, didn’t I. What a waste. Why I bought a Vita I’ll never know, but that’s a post for another time. In 2013 I didn’t buy any hardware. In 2014: 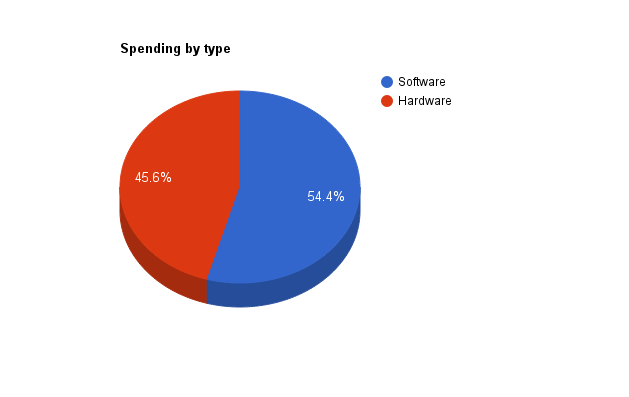 Damn Vita. What about spending by platform? 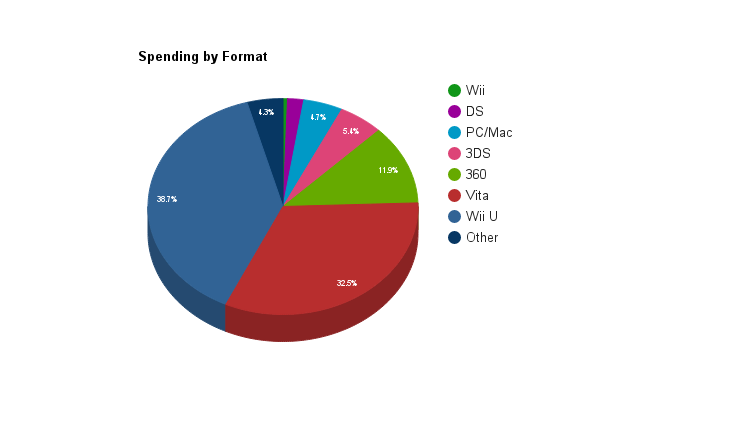 Dammit, Vita. You’re there too. Although some of that spend is for Persona 4 Golden so that’s OK. If you can remember back, in 2013 several platforms disappeared from my list. The 360, DS, iOS and Wii all went missing – but look! They’re back! How odd. Well, OK, iOS is still gone (I still don’t play telephone games) but the others made a return. This is mainly due to just buying one or two games for each – Pokeymans Typing Adventure for the DS, for example. As before, the results here don’t take into account quantity of games, just cost of games. I got one hell of a lot of Mac and PC games in Humble Bundles and stuff, but they cost peanuts so the associated pie-slice is for those on diets. 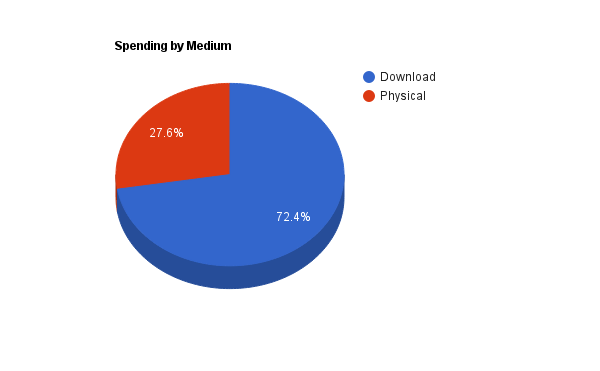 That’s better! Last time around, I’d somehow managed to spend more on physical software than download titles, reversing both the earlier trend but also my prediction for how things would probably end up in the future. Not in 2014 though!