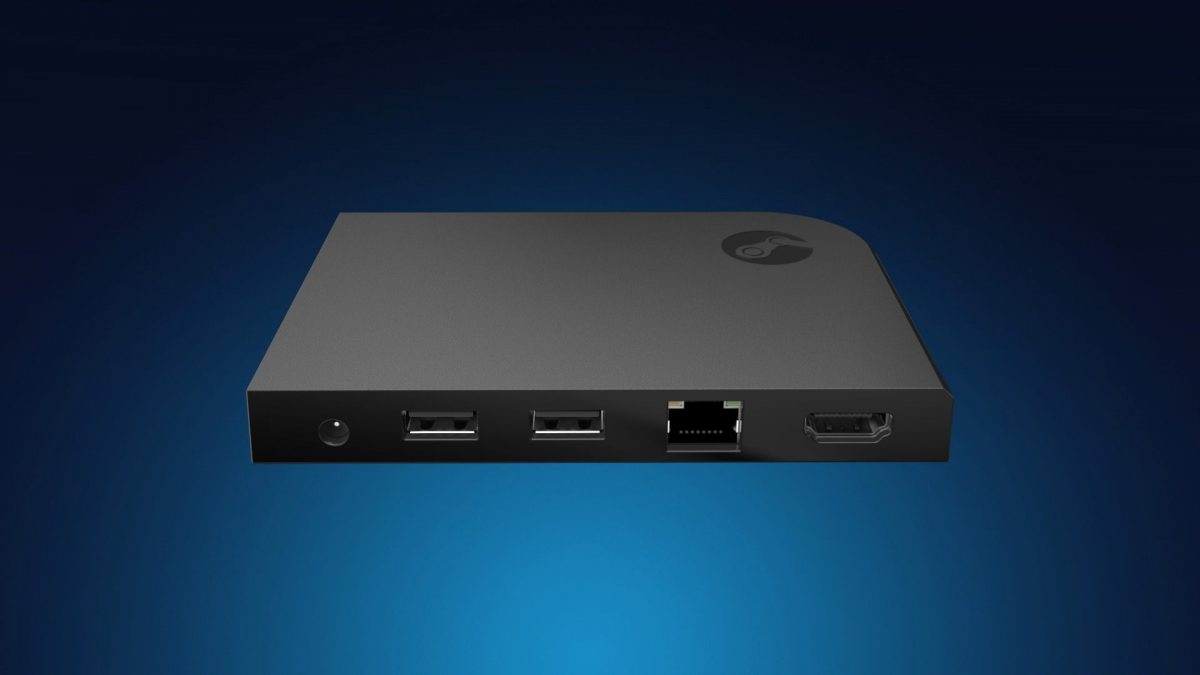 If you’ve been following me at all over the last ten years or so, you’ll know that I generally don’t play PC (or Mac) computer games. I haven’t done for quite some time. The constant upgrade cycle. The fiddling to get things running as well as possible. Console gaming on the sofa in front of a TV just being better. These all combined to put me off.

On occasion, I’d make an exception. Short games. Games, like Civilisation, that you just can’t play on a console. Indie game oddities I’d picked up cheap on Steam. Over time, through various bargains, the Humble Bundle, and free giveaways, my Steam library has expanded with hundreds (literally) of unplayed games. Many of which I know very little about.

Then, two things happened. I bought a new iMac, and I became aware of – and bought one when it was on offer – Valve’s Steam Link.

Are you not aware of what one is? Then let me explain. The Steam Link is a low powered device that plugs into your TV. It’s not unlike a PlayStation Vita TV, an Apple TV, or a Chromecast. It connects, over your home network, to another computer running Steam, and then using technomancy, displays your Steam games on your TV. You can use a standard controller, such as an Xbox 360 pad, to control your games.

This means you can have a powerful and huge PC in one room, but play the games in another. It’s black magic, and when it works, it works fantastically. When it doesn’t, though…

In the last couple of weeks, I’ve made a concerted effort to make my Steam Link work as well as I possibly can[ref]I’ve not mentioned this yet, but it’s part of a drive to spend less on gaming this year.[/ref]. Since I had to reinstall Windows 10 anyway, I set it up to try to negate as many issues as I could when playing games remotely. An unobtrusive virus killer, making sure Windows updates are installed well before I start to play, updated graphics drivers, and so on. A cheap unofficial Xbox 360 wireless receiver (which surprisingly works out of the box on a Steam Link) was purchased so my Steam Link box isn’t strewn across the lounge carpet so my wired 360 pad cable can reach.

What I essentially have now, is a brand new games console under my TV. A massive library of mostly untouched games ready to go. Not only that, but the graphics card in my iMac is surprisingly capable. I’m not as up on my GPUs as I used to be, but it’s an AMD R9 M395. I can max out Bioshock Infinite and Total War: Warhammer on it, so it should be good for most things for a good few years yet. Especially since my TV is only 720p.

Oh, and I have a wireless keyboard and mouse for those games that need them, in case you’re wondering. It’s rare I’ll play those, however.

Now, it hasn’t been plain sailing getting to this point, and although I’ve been using it mostly without issue for a few weeks now, there are still problems. Last night, for example:

The issue could have been anything. I had to reconnect to my computer (and put in the authorisation code again as if I’d never done it before). Then reinstall Bioshock Infinite. Luckily this didn’t take long – I expect it found most of the files locally in the end. And then be completed baffled as to how, and why, the screenshot button had moved from Home+RB to Home+RT.

I now accept some odd issues, and work round others. This means I can just get on with pretending I have a new console and just play the games previously locked away. When it works, performance is great! I don’t notice any lag, and I don’t have a noisy computer warming the lounge. Hopefully this will continue!