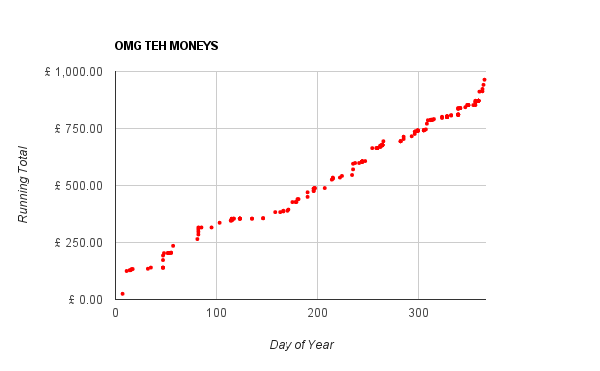 “What’s this?” I hear you cry. “It’s still January and he’s already done his roundup of how he spent his money on games?”. This is correct. “#Brexit”.

Before we begin, the traditional look at all the spendings for previous years and add to it the 2016 moneys. If numbers upset you, look away now:

Hahahaha! There’s got to be some mistake here, right? I mean, I’ve not even bought any consoles in the last year! Oh wait. Yes I have. I bought an Atari Lynx. But why so much money besides that?

Lego Dimensions. I don’t think I need to explain any further than that. If I were to collect up the starter pack and all the expansions I purchased, you’d see it comes to almost £140. “Oops” doesn’t even begin to cover it.

A few other big-ish spends, for me, included No Man’s Sky (PS4), Tokyo Mirage Sessions #FE (Wii U) and Hyrule Warriors Legends (3DS), as well as both Pokémon X and Y (3DS), and Sega 3D Classics Collection (3DS). Each of these came in at the £25 to £40 mark – most being bought at launch too – but since between them they made up around 85% of my game time last year I can hardly complain. Well, not about that anyway.

Now to break it down. First, the software/hardware split: 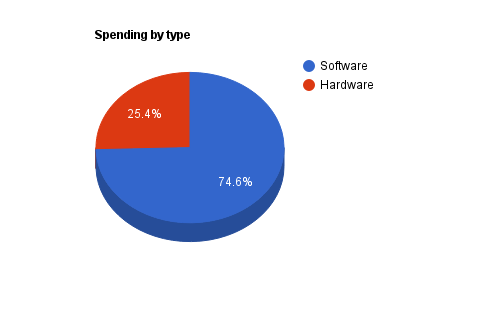 Not unexpected, as I bought very little in the way of hardware. As mentioned above, a Lynx and some Lego accounted for almost all of it, with a couple of Amiibo the rest.

But what about the machines I spent the money on? 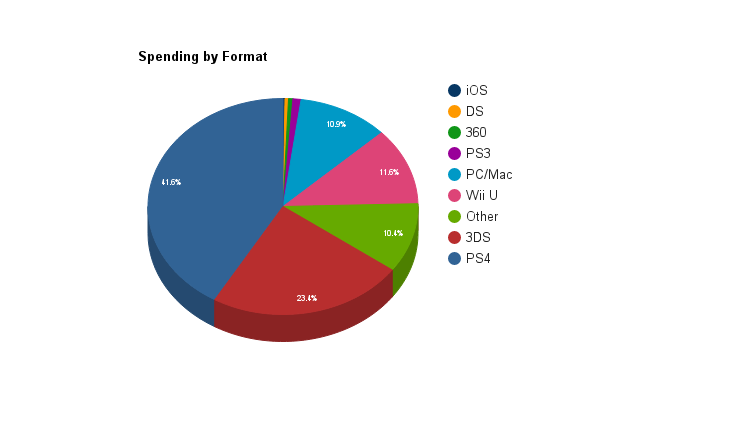 An unexpected few things here. Firstly, the return of iOS to the chart! Sure, it’s only about two quid, and that was on a Spectrum emulator and a game pack for it, but still – telephone gaming is back! Or not as I’ve barely played them. More unexpected is the PC/Mac wedge. Never has it been so huge! OK, not huge, but visible at least. Why? Because I bought a Steam Link and, unrelated to that, am 8bitdo FC30 Pro controller. I also purchased the big Christmas Humble Bundle (mainly because all the money went to charity), so there’s that too.

You’ll notice the Wii has gone again, and the 360 pops up with a single expense – that South Park RPG for a fiver.

As before though, the majority of my “purchases” this year have been free again.

Finally, as far as pretty charts go at least, downloads vs physical releases: 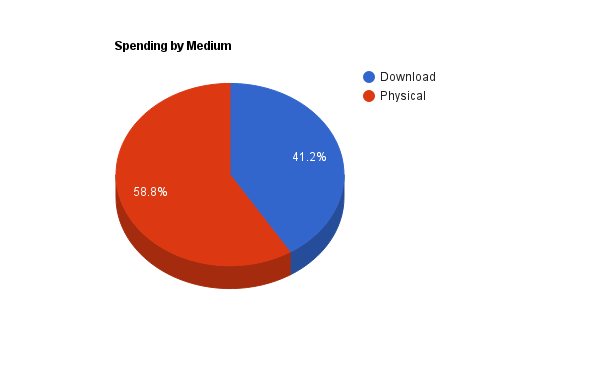 Physical has made a comeback! Why? Because the chart is done by price, and digital games have almost all been cheap or free, whereas – yep – Lego Dimensions again. And some of those launch titles.

How many games did I end up buying? 198. More, actually, as that doesn’t include individual games in some bundles. That’s a lot of games, but do you know what else is a lot of games? How many I completed in 2016. 110. That’s more than I’ve ever done before in a single year.

Anyway, let’s see if I can spend a bit less in 2017, eh? Shouldn’t be hard, since there’s no–oh crap. The Nintendo Switch.