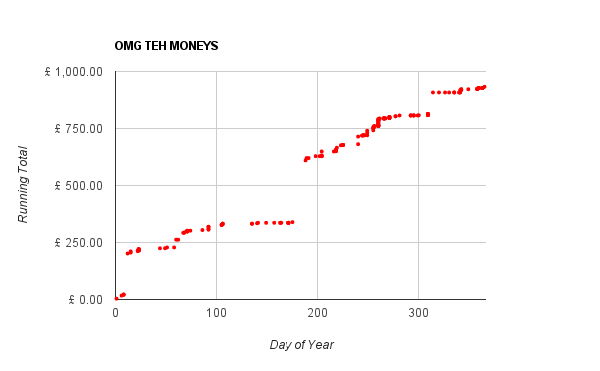 It’s a little bit late, but at least it wasn’t an entire year late like the 2014 Horror. That said, it is even more Horror than that one. Omg teh moneys indeed.

As always, here’s my previous years’ fritterings, along with my total for 2015:

Please let me explain. Oh why won’t you let me explain? No, I promise I did mean to be good, really I did. Think about the baby before you get all crazy.

You see the thing is, Nintendo brought out the New 3DS didn’t they? Which meant I literally had no option but to buy one, and it was £179.99. In actual fact, I bought two as it was a limited edition one and I didn’t want to miss out and oh god mistakes were made and I bought a spare just in case. Thankfully, I managed to sell it at cost to someone else. Phew, eh?

Anyway! With those in mind, lets see how the software/hardware split went, yes? 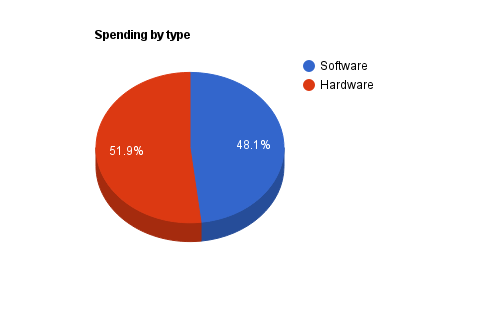 Not a vastly different split to last year (45.6/54.4). I was pretty sure hardware was going to substantially outcost software in 2015, but it seems not.

What magical stories will spending by platform show? 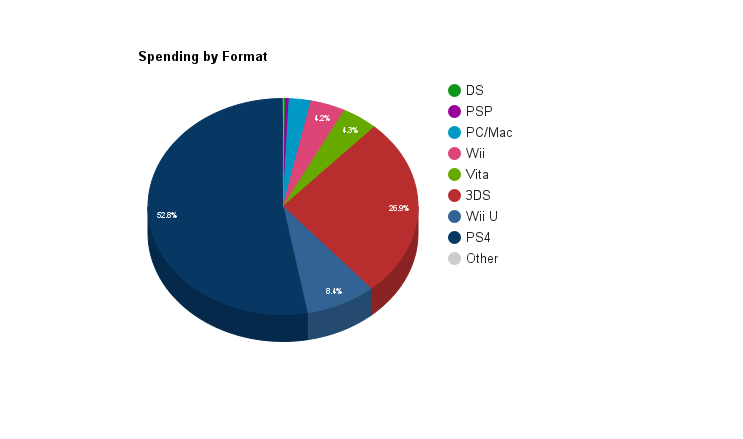 Well yes obviously the PS4 is the bulk there. You’ll notice the 360 has gone, although I did get a few games they were all either free Games with Gold or came from free credit. iOS makes the tiniest sliver of a return with actually good telephone game Lifeline, and the Wii makes a comeback because I bought a pile of second hand games for it. I don’t know why.

Spending by medium then: 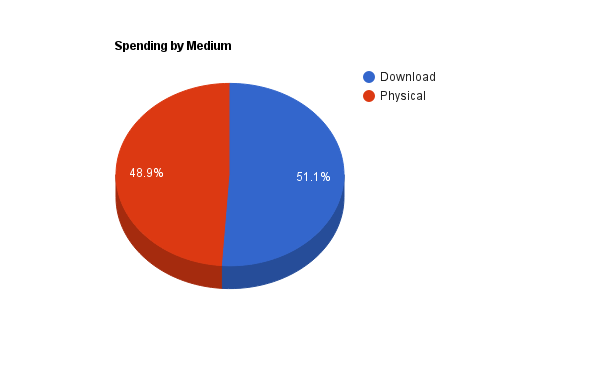 Although download still outcosts physical, last year was a reverse on 2013. I think the massive cost of Fallout 4 skews the results here.

In my post about 2013, I was surprised at myself for buying a massive 150 games (up from 87 the previous year) and of course I didn’t want to do that again. So how I ended up purchasing 189 then, I don’t really know. A few Humble Bundles, a few duplicate games due to PSN giving two or three copies of the same game on different platforms, but other than that… who knows?

3 thoughts on “The 2015 Gaming Expenditure Horror”