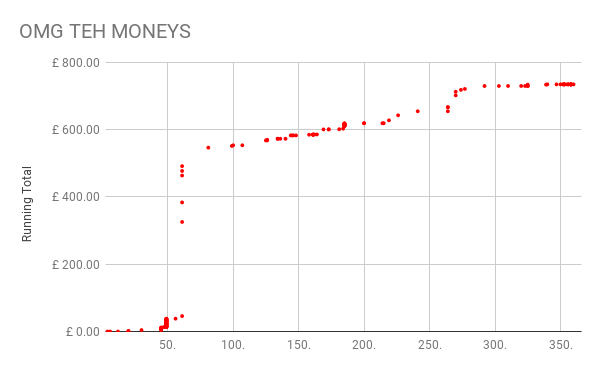 It’s that time again. When I cry my eyes out over the amount of money I’ve wasted on veedayo games in the previous year. Surely I’ve learned my lesson this year, yeah? Especially since there haven’t been any consoles I’ve ne–oh crap the Switch.

As always, let’s do some breakdowns. Starting with the hardware/software split: 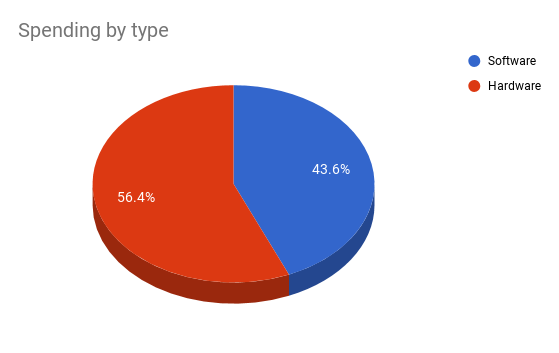 Given what I said, that’s hardly a surprise. 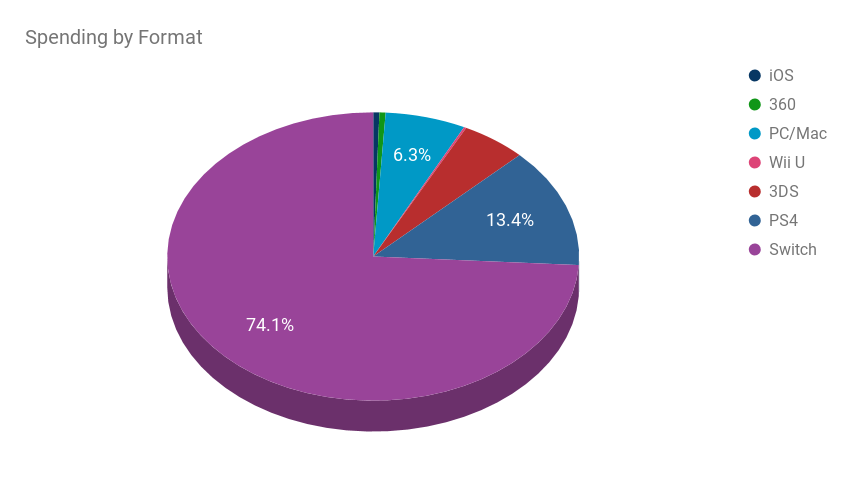 Again, not really a surprise. The Switch has had a knock-on effect on both the PS4 (which, compared to 2016, I’ve barely played) and the 3DS (ditto).  The Wii U has virtually disappeared, as I expected once the Switch came out, and everything else remains much the same as before. Which is to say, mostly zero.

PC and Mac are hanging on in there. I played a few more of them this year.

And the final chart: 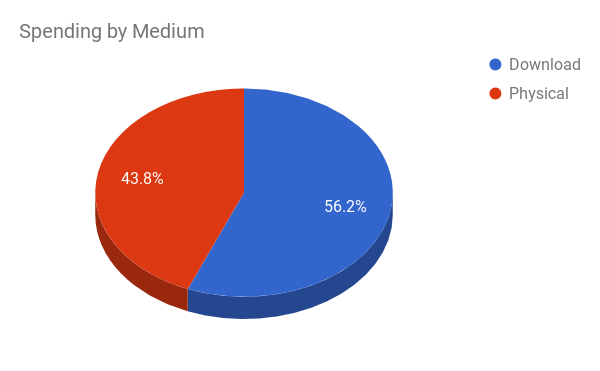 Last year, I bucked the trend with an increase in the physical purchase percentage, after it previously decreasing year-on-year. I’m back on the trend line now though, with downloads once more taking more of my money.

Looking at how many games I bought last year – 155 – that’s a drop over last year’s 198. A large number of them were free or almost free PC and Mac games from various deals and bundles too. Unfortunately, another dropis the number of games I completed: Just 65 compared to 2016’s 110. That said, there were a lot of very long games (Zelda, Assassin’s Creed, Persona 4 Golden, Stardew Valley to name just four) last year.

Still. There’s no hardware due in 2018, so maybe there’ll be further improvements to this game purchase situation. Maybe.